We’ve been doing some testing (along with @ishelanskey ) with the latest experimental 2022.22650 and a set of Blackmagic Decklink 8k pros.

Both are significantly faster than 16410

The oddity we’re seeing is mostly in performance from the Blackmagic Library vs. the WDM Library. 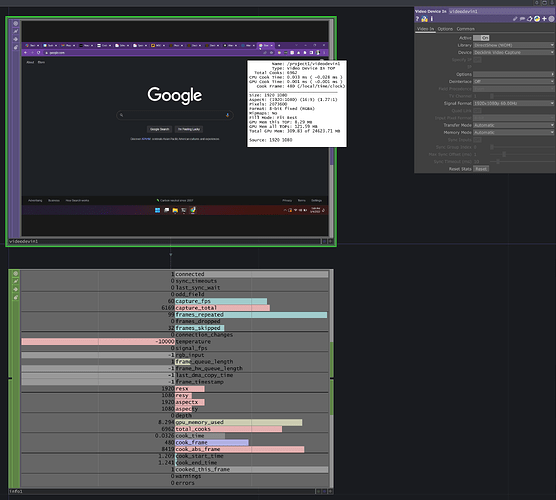 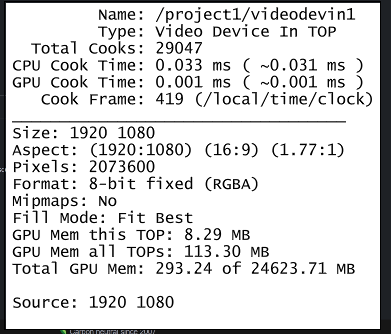 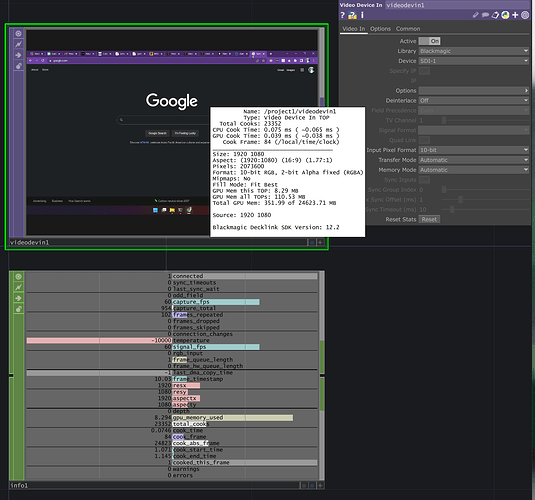 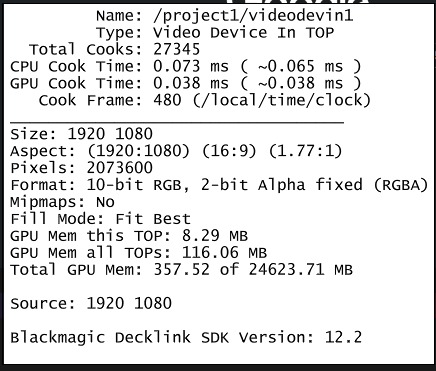 Also noticed that the direct to GPU flag is no longer present on the Video Device In TOP - is this now handled directly by TouchDesigner, or did that par move somewhere else?

Not everything is captured in those timings, especially work done in the other threads. For the BMD library we do the YUV->RGB conversion ourselves on the GPU, while for DirectShow/MediaFoundation will be doing it either on the CPU or on the BM device itself. At 8k resolutions you’ll want the perf that the GPU gives you. That’s likely what you see on the GPU timing side.
Yes, GPU direct is handled automatically (and on all GPUs now) now via workflows I was able to add with Vulkan. It’s called “pinned memory” now, since that is vendor agnostic and actually describes what is happening underneath. That is likely part of the higher CPU usage you see, but it results in higher bandwidth capabilities for the Device->GPU upload.

Thanks for the explanation here @malcolm - very helpful, and confirms that we should continue to use the BMD library.