The stitcher component enables the loading and parsing of
PTGui Pro project files (.pts).
Files saved from the trial version of PTGui will not work as they are encrypted.

PTGui Pro is a panoramic image stitching software which can be
tried and purchased here: ptgui.com/

The stitcher component will parse a PTGui Pro project file and
create the necessary amount of inputs to its component to read
in all involved shots and output the full panoramic texture.

An example project and images are available on PTGui’s website
here: ptgui.com/examples/vigntutorial.html

This can be used for real-time video stitching. Use a snapshot of the inputs from all the cameras, send it through PTGui to create a .pts file and then load the .pts file. You can now feed the same cameras into the component and a live-stitch will be performed.

Right now it only accepts inputs from fisheye lens, and outputs equirectangular projection.

[b]The latest Stitcher Component can now be found in the Palette on the left when you first open TouchDesigner. 50000+ series builds of 088.

The master documentation for stitcher is now at http://www.derivative.ca/wiki088/index.php?title=Stitcher[/b]

This is fantastic, thanks Malcolm,

Out of interest, is it easy enough to adapt for a nadir input from a 5th source?

Also is it possible to to render a spherical camera in TD for compositing back on to the equirectangular? Would this be using a custom projection matrix?

You can render using Cube Map in TD and then use the Project TOP to put that into equirectangular. We also have fisheye and dual paraboloid renders available, but those will suffer from artifacts if your geometry isn’t well tessellated. The Project TOP doesn’t currently convert those though, so you used need to write those yourself.

To answer your nadir question, the component is pretty open so you can adjust it as you see fit 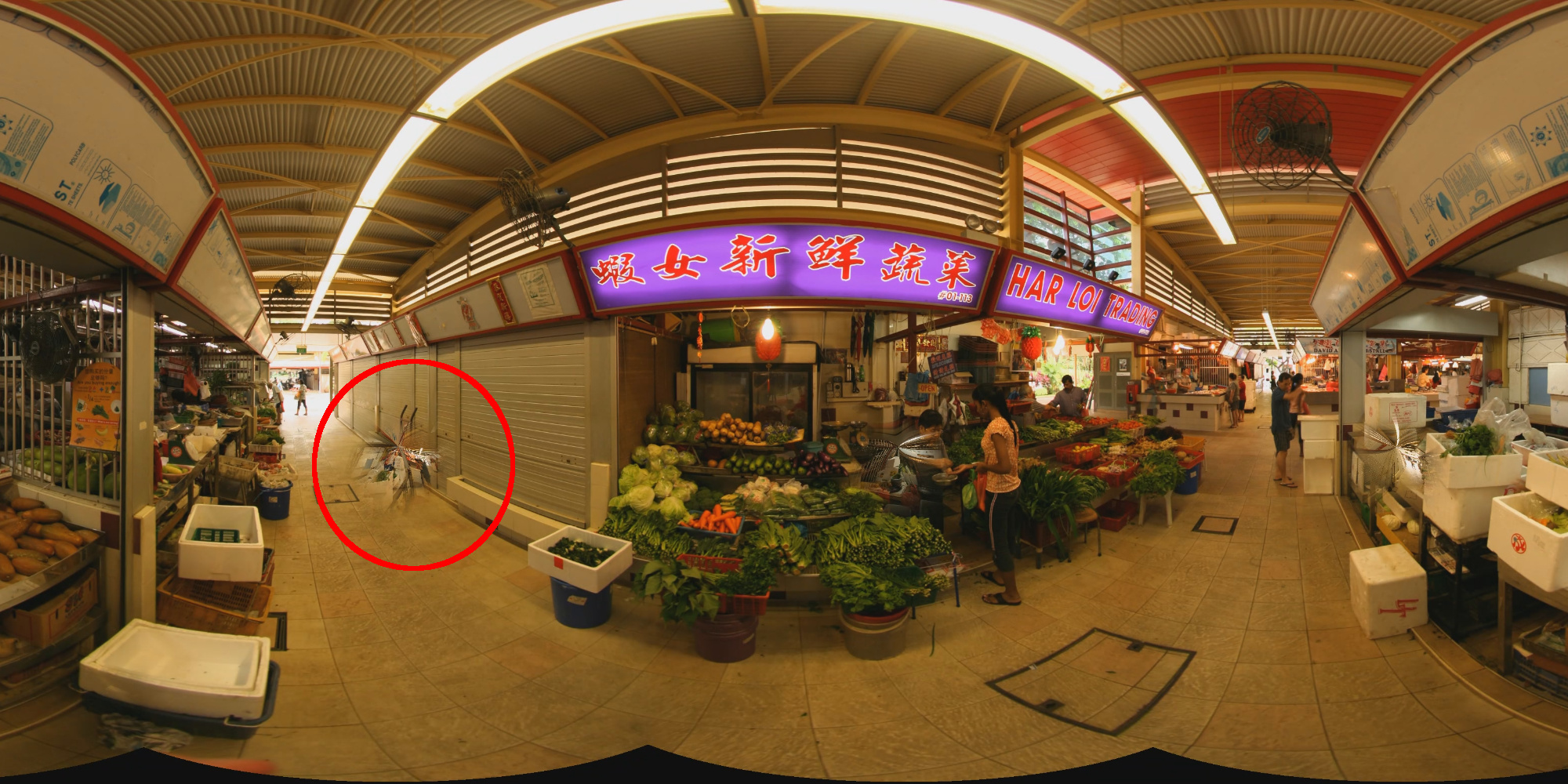 Can you share your image + ptgui files with me over email?

Ok I’ve fixed the case that was busted for that .pts file. It’ll be updated in the palette in the next release of 088.

what solution is recommended to get the streaming camera feeds into touch designer?
in the case of gopro hero black 4s

Depends on the cabling requirements, but we recommend either a DataPath or BlackMagic card currently.

Hello to all
I’m new here and I’m starting to use TouchDesigner.
I found this component for stitching very useful .
I used the component but I can not figure out how to equalize chromatically all the video sources in real time.
I hope you can help me .

can stitched video be sent to OBS (Open Broadcaster Software) from TD?

Yes, you could send it out via one of the outputs from the graphics card and capture it using OBS and a capture card. I’m not too familiar with OBS so it’s possible there is a way to capture on the same machine that is doing the stitching too.

I get the artifact posted earlier in this thread from all my ptgui files. If I comment out lens distortion section of the glsl, the artifact goes away

Are you able to share your .pts file and some sample images?

THis looks great, although I have not had a play with it yet.

I just got a Samsung Gear 360 camera http://www.androidcentral.com/samsung-gear-360-review

I like it so far. Obviously, it has some limitations but fun to shoot stuff on the go and see it in VR on my phone then and there.

THe Gear 360’s picture is basically two back-to-back fisheye hemispheres that are stitched together for a spherical ‘VR’ view. Would it be hard to persuade this component to stitch this?

No its not too hard, this is the same image format as the Ricoh Theta camera. You just need a PTGui file for the camera and you’ll be good to go. Help is inside the Stitch COMP in readme

Hi, I’ve the same problem as @dimon
The Stitcher refuses to open any PTGui project when the lens parameter in PTGui are set to “Fullframe fisheye”, which is the correct lens for GoPro’s, used in most of the 360 rigs.
Will be very nice to see an update in the Stitcher for fullframe fisheye compatibility.
Thanks

Malcolm mentioned before that we need a .pts file and some sample images of “Fullframe Fisheye” to look at this. We do not have the required files but if provided for us we’d be happy to test and try to update the Stitcher component. Thanks!