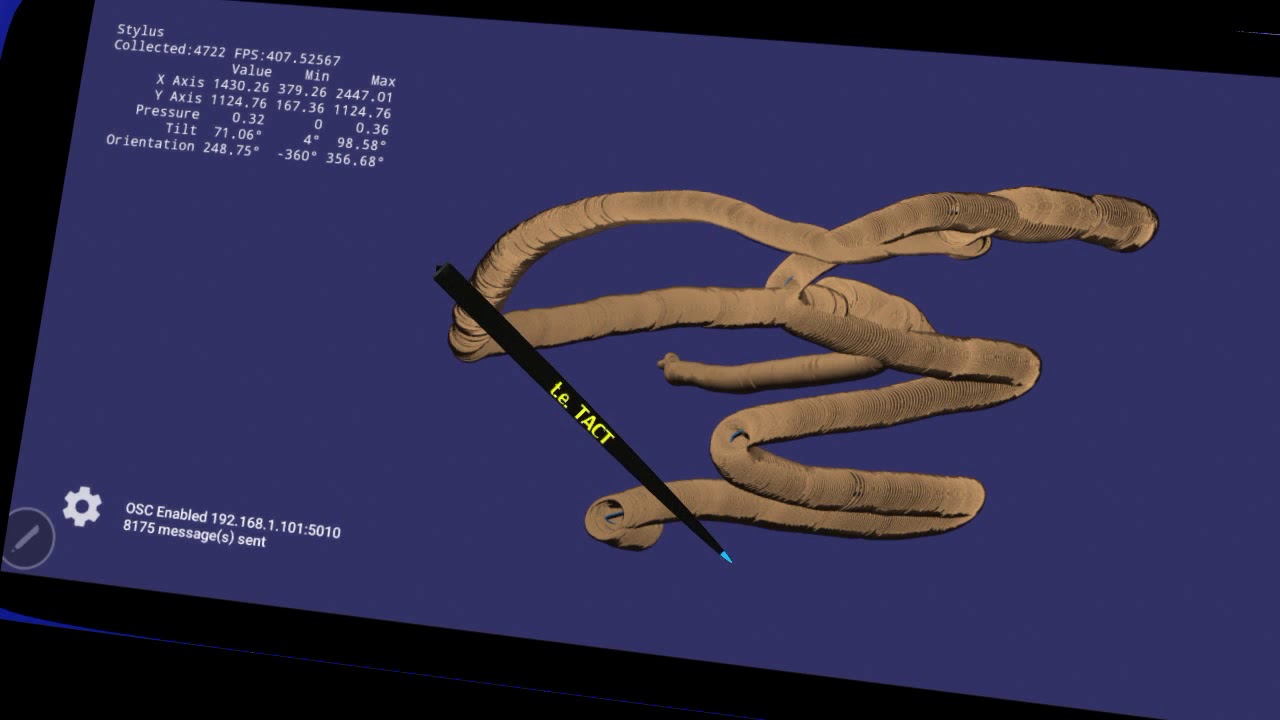 I tried an earlier version of this a few months ago, and left a comment about adding OSC to the app. The authors are awesome. They swiftly added the feature I asked for, and added multitouch finger input over OSC as a bonus too. They are in beta with the current iteration of the app, and it is really good. You should try it if your Android phone or tablet has a stylus input. They are looking for more beta testers.

What sets it apart from other touch input OSC apps is that is geared towards stylus input, and it has 5 dimensions of data for a stylus input, including orientation and tilt which are missing from all the other OSC apps I have tried.

A few months ago I needed a new phone, and I’ve always wanted a Wacom type tablet. I bought a Samsung Note8 and now finally Stylusis makes the Wacom unnecessary. I will not purchase a Wacom. The Spen from the phone is really good in Touchdesigner!

Thanks to Frank @ Idea Matters for the awesome support and stellar App!

I have clicked on the app link provided by the link up. I want to check the app but the link is not working. Do I need a dedicated account to use this app like for this WhatsApp Plus app?

Can confirm that the link no longer goes anywhere. I think this is just due to the fact that the post is over 2 years old and the location has changed.

I have located the same app here on the google play store, but as 2 years have elapsed you’ll have to try for yourself to see if this works or if there have been changes.

Stylusis (formerly named Stylus & Touch Tester) visualizes touch screen & stylus input by displaying touch point along with its associated pressure, tilt & orientation information on the screen. The input value is also recorded and measured to calculate the sensitivity & resolution of the input device so you can see clearly its capability. For pressure sensitive stylus, it measures X, Y axis movements, and resolution of its pressure sensitivity (minimum delta between different inputs, and the ...