Wanted to share a technique I have been using to manage Engine COMPs easily. There’s not a lot of examples of creative ways to use the Engine COMP. Hopefully you find this as handy as I do.

One of the biggest drawbacks for the Engine COMP is that you can’t edit its contents without opening a second TD instance, saving an updated .tox, and re-initializing. While this technique doesn’t solve the second two problems, it does allow you edit and test within a single instance of TD. Examples are attached below. In the example, I am using the Engine COMP to normalize midi values. A real world example would be to handle MIDI to OSC outputs without slowing down the main application. 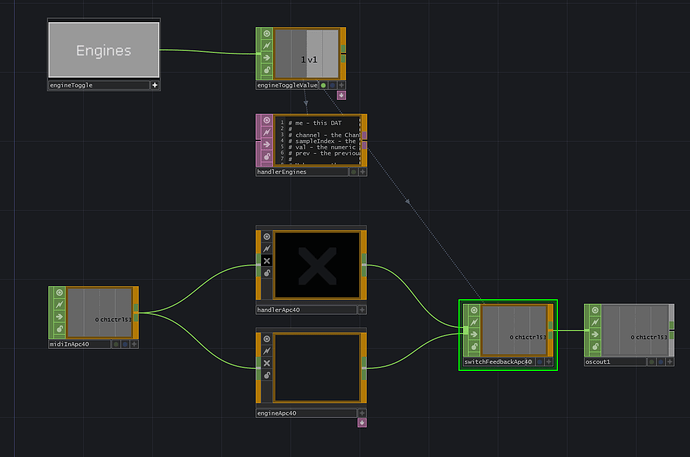 This works pretty well for me, but I have noticed some caveats:

This can be extrapolated throughout your projects. I have several places where I use an Engine COMP and this allows for a global “Engine On/Off” control. In other words, this becomes a master “Multithreading On/Off” switch in my project.