It would appear that if an XML tag has a seperated closing tag with whitespace between the tag name and the ending > character, the XML DAT will not display any XML after that tag.

Here is an example of a properly working XML DAT

And then if I add a space at the end of any of the closing tags, the rest of the XML document disappears. (Space is highlighted in text DAT)

image1204×385 59.8 KB
The above XML is considered valid as whitespace in the closing tag is allowed as mentioned here and validated if you try it on the XML Validator page. 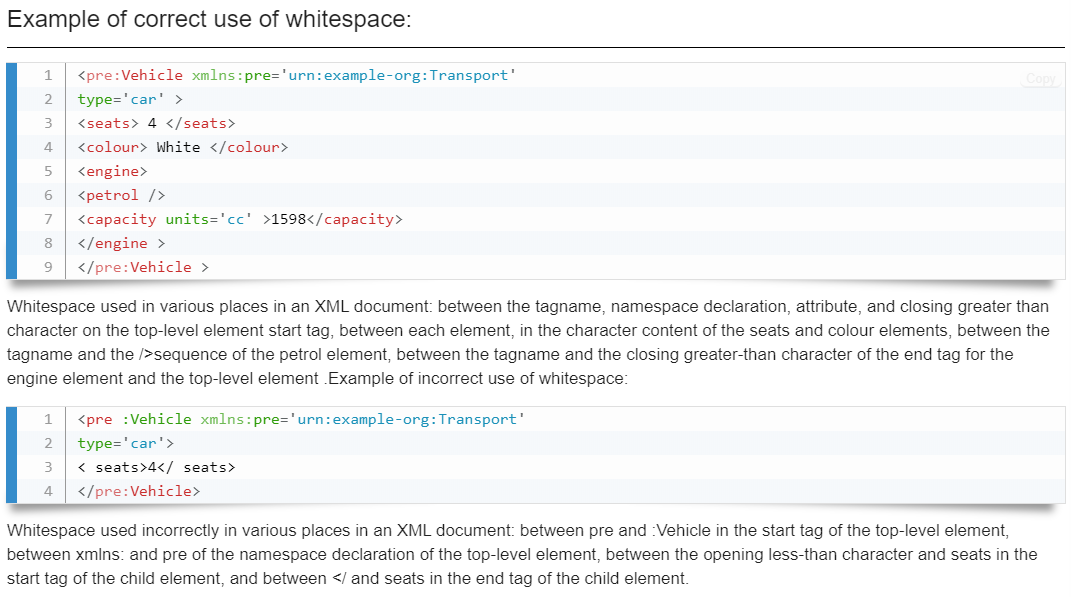 Also possibly related, but not a bug as it would be out of spec… putting a space between the / and > of a self-closing tag does create unexpected behavior:

image1209×388 62.6 KB
Which is not necessarily a problem, since this is out of XML spec. But this could be a clue as to where the bugs above are occuring. It appears that the XML DAT sees the space and is trying to interpret what’s just before it as an attribute, thus creating the /="" in the resulting XML. Maybe something in TD’s XML parser is using spaces inside <> to detect attributes in some way?

This does NOT cause any problems if there are trailing spaces in the opening tags:

Thanks for this one as well.
We’ll have a close look.
-Rob