Would be awesome to be able to preview some/all of the fonts available natively in TD prior to selecting them!

Something like the blend modes preview tool in the palette would probably be a good thing to package with TD. Wouldn’t be too difficult to roll your own based on that as an example

I’ve been meaning to make a .tox that previews the text files, but would be nice to have it natively for sure

So I took a stab at making a comparison textCOMP, and quickly found out why it doesn’t exist natively; the intermediary files that get generated when a font initializes will bring your system to a halt.

Trying to load the file with 500+ fonts loaded required over 8gb of RAM, and resulted in me having to force quit and abandon the branch, because it was never able to get past the font loading stage.

Here is another approach; it kind of sucks that you can’t see all of your fonts in one place a la Photoshop, but this will allow you to add a bunch of fonts you’d like to compare to a table, and get a quick preview of the fonts you are most interested in seeing. If you curate this list, you’d probably be able to get the use you are looking for from it. 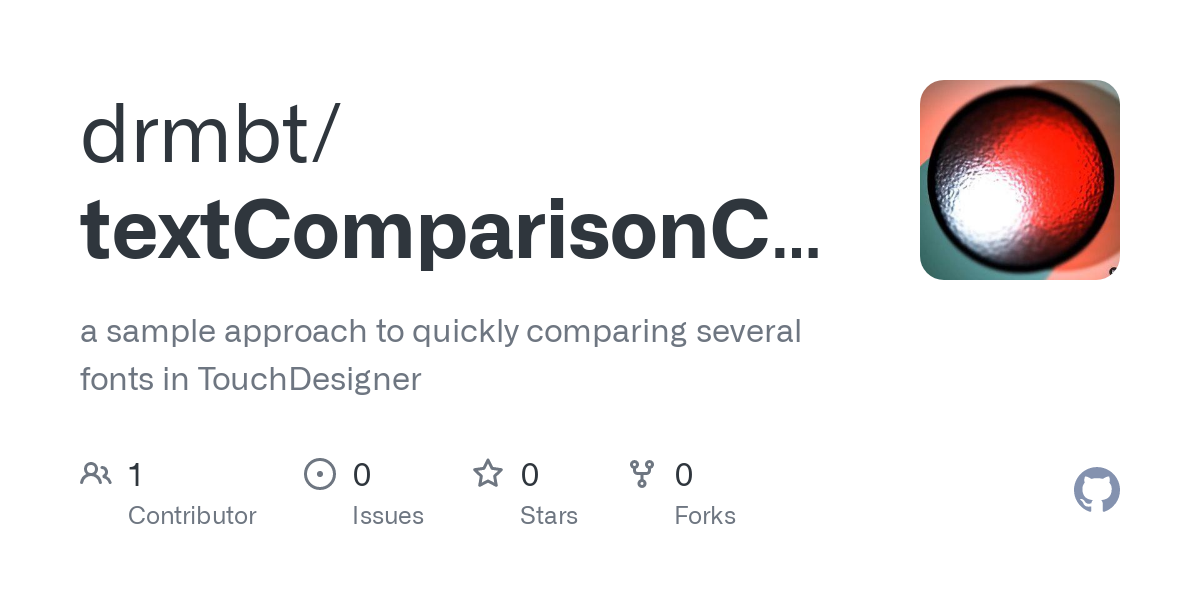