How to control shutdown.exe? [Solved]

Hi,
I’m trying to turn the computer off at the end of the day thanks touchdesigner.
I guess I can run a BAT file that included this code :

But I can’t find the way to execute this file throw touchdesigner.

Does someone has already do this and could help me?

You can try using pythons subprocess:

Does anyone know how to remove Windows’ warning when we use shutdown process?
Here a warning’ screen : 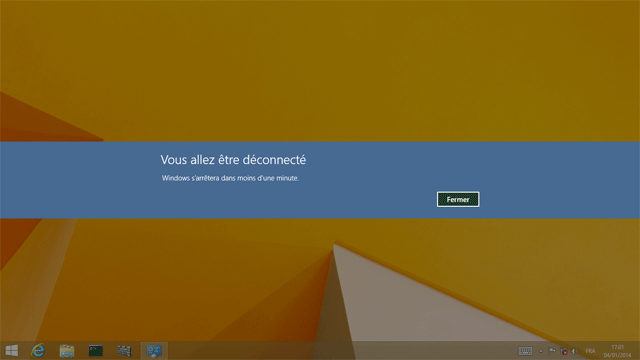 Have you tried using the force flag -f?

Here is the script I use : 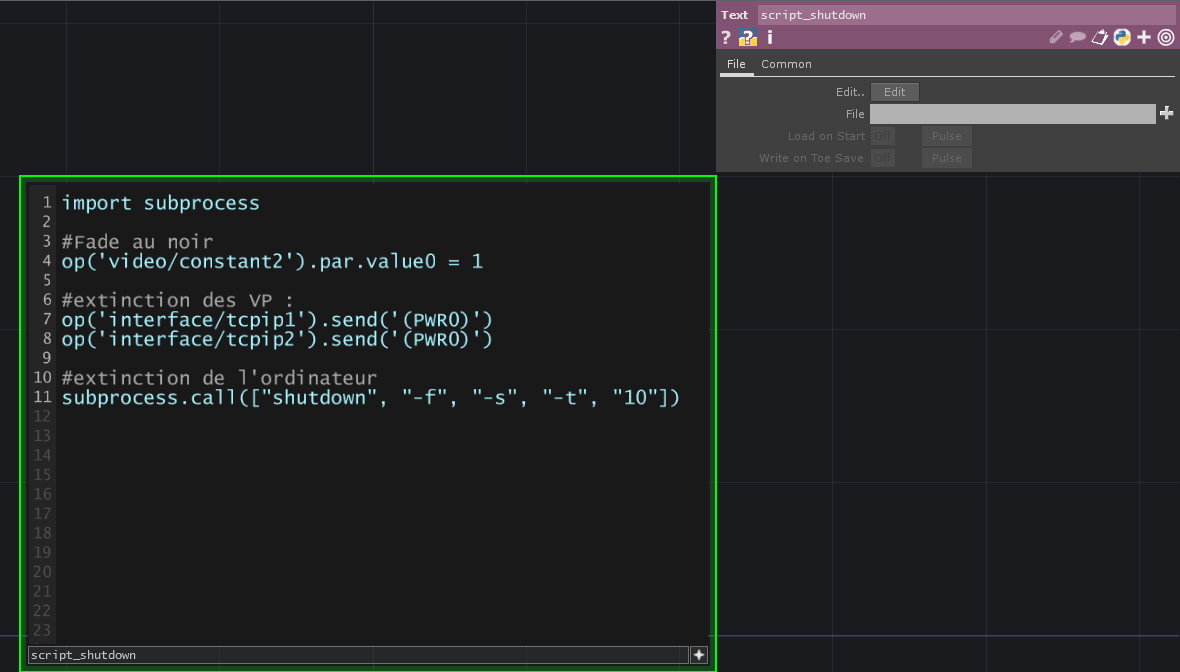 I guess if I use an other timer like you wrote here Elburz, maybe it will work if I use :

very cool, right what i was searching for!
but running into a (newbe…) problem:
the script attached runs great when i paste it into a text_dat and run the script by right-clicking and choose “run script”
but when i put the script into a chop_execute, nothing happens when chop value changes to 1…
how have i to execute a script in touch?
many thanks for a little hint!
best luca

ok, here’s a little scene with my problem to understand how to execute this script in the right way!
thank you for the insight…!
best
luca
shutdown.4.toe (4.71 KB)

Make a new thread please. this one was solved.