I had a small case of keeping up with the Jones’s and decided to port an Optical Flow patch I saw on the C*******4 board. I added a few more parameters that they didn’t have

Its rudimentary, yet the basics are pretty cool. As always, Im sure could use some improvement. I built it utilizing a webcam, and might need to be optimized for higher rez for instance.

Feel free to hack it apart, I tried to focus on the Flow aspects, yet its pretty great at glitchy stuff as well. If that interests you, negative numbers for some parameters works awesome.

As an aside, I was SO SO thankful for Touch while building this

nice one jeffers. I tried to read you network, but didn’t get very far. Can you explain a little what’s happening in there? I’m trying to figure out if this optical flow stuff could be used for motion blur.

hahha, yeah I need to clean up the mess I made in there… I’ll get some better documentation, repost another TOX and report here as well. I realized I didn’t get to having a ‘default’ or ‘reset’ mode which would be nice. The values I posted the TOX with prob don’t make much sense. For starters setting Threshold=0 and High-Range=1 should get you more normalized.

In terms of using it as a motion blur, I was curious about this as well - follow the discussion here, tiny.cc/6uR7Z . In message 1802 there is some code and a brief explanation of what to do. Haven’t tried this yet.

nice, that VADE name pops up a lot. Have you seen his shader collection 001.vade.info/?page_id=20

nice - they are easy to implement in TouchDesigner. Just tried out a couple…

yeah pretty sweet. I put a TOX of the technicolor/film effects in the TOX forum.

Achim, there is also v002, tinyurl.com/ckc8mv , which includes a motion blur… I had no dice with it, same problem as last one I posted. maybe you find something else.

Here is a newer version of the Optical Flow, as I realized belatedly that there were some issues with relative/absolute paths(bad for sharing). The TOX defaults to using your webcam as input, so you should see something when you start up. I cleaned up, somewhat

, the insides, so poking around should be better. Also new is I put a line to demarcate where the pure color flow starts, so moving the RGB sliders to the right of this line puts you into pure color territory. There is a default/original button if you get lost.

I could use some help on the defualt/original buttons. I can override the slider values, tho how to override the RGB values eludes me.

Achim, for a brief, unscientific explanation of what is going on in there… the three main parts in order are,

For Motion Blur, I might try isolating the Normal portion, go in an replace the RGB cubes with a single cube, so you don’t get color shift… set the values at around .75 … actually let me try something…

Also any luck with the blur function on the boards? I can’t seem to figure it.

Someone let me know if this works!

Perhaps it works for you, or you can use it as a base point.

Here’s a version which is a little easier to read (cleaner layout and removed some duplicate/less important nodes). Hope I didn’t mess up anything.

this thing produces some neat images!

in the blur version, the hsflow MAT is in error, complaining about missing luma_TOP sampler. And the render TOP only shows an empty image (probably because of the missing texture).

Finally, what is the “raw output” of the optical flow analysis? Is there a way to see just that?

Thanks for sharing this!

For Motion Blur, I realized the only necessary part was the NORMAL function, so I removed everything except this. There is still gives the recursion error, tho doesn’t seem to matter and necessary for this feedback loop. I also edited down the GLSL code, its VERY basic now. Again I’m not sure this is accurate, or traditional.

I just udated these 2 components with the latest TUIK. 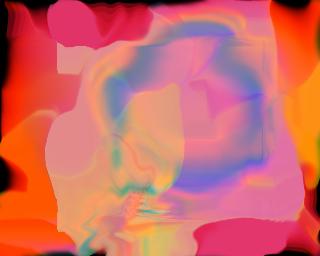 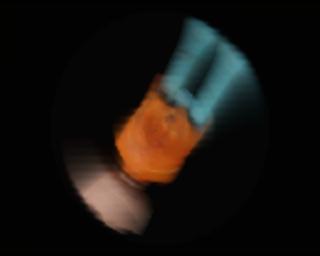 I just found the implementation is not correct. If my understanding is correct “the “raw output” of the optical flow analysis” should be R = right, G = left, B = up, A = down. Unfortunately I couldn’t get such a result with the Jeffers’s component. So, I revised it and I’d like to share these comp here. Thanks to Jeffers’s comp I noticed some GLSL based Max patch are not very difficult to port to Touch.
HSFlowDistortion.7.toe (68.8 KB)
HSFlowBasic.7.toe (54.5 KB)
HSFlow.tox (22.6 KB)

Thanks Itaru-san,
makes for a scary mirror!

Thanks for playing with it Rod-san,
Actually the HSFlow shader is very useful we can make many interesting stuff not only the scary mirror ; )

Kinda new to TD. All I get is a black output. Do I need to do something to hook up my webcam to this thing?

hi sunspider, first try a blank touch project and put down a ‘videoIn’ TOP. Is it working okay? If it’s blank, it may be that you have some other program hogging the camera somewhere in the background?

Hi sunspider, I attached another toe example. You might try it. Hope it works.
HSFlowBasic.8.toe (54.2 KB)

Man, that’s cool. The movie works for me. Webcam still doesn’t, strangely. But I did get a version message when I ran the .toe, so maybe that is the problem. Anyway this works well enough for me to grok what’s happening! Thanks!