If I’m not mistaken, the only way to change the initial velocity of the particle along the SOP’s normal is to manually edit the normals, like for example doing a SOP to CHOP > Math > CHOP to SOP picture below. 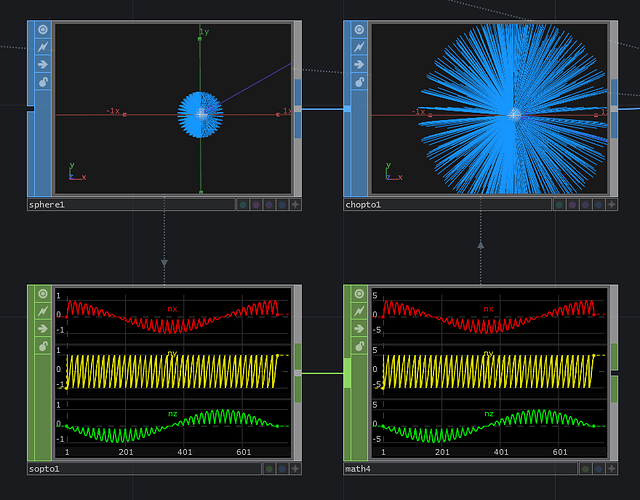 It would be great if there was just a slider parameter on the Particle SOP that modified the initial velocity along the normals instead of having to use 3 additional OPs.

If there’s a better way to do this already, maybe I’m unaware.

In the meantime you can use a Point SOP to scale normals. Or a script SOP

How do you use the Point SOP to scale their length? When I tried using Point SOP, it seemed to make them all go in one direction.