unreal needs to recieve a path as /ue/chan1 … but if i try to add the ‘/’ in channel name i have a warning “!” symbol on the chop operator. so… i tried to send the osc to another client to see the path and i saw that the first / appear…( i don’t know if this symbol is added in touchdesigner or the external client add as default)

i’m asking if is it possible to fix the chop osc to send correctly the path because could be very helpful in big projects.

this is the code for dat: 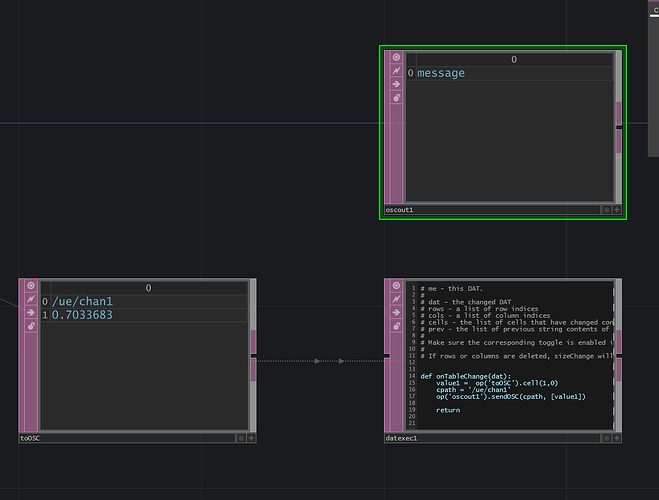 When sending using oscoutCHOP, the initial ‘/’ is added to the channel name automatically. If you want to send to /ue/chan1, the input channel to oscoutCHOP should be named “ue/chan1”

First. Thanks a lot.
Second. like Ivan Says.In OSC CHOP the initial ‘/’ is added to the channel name automatically. The warning when you put the / in the chanel´s name says that.
So, are you trying in 4.26 and works? Can you explain how to make it work? Because I don´t understnd what I have to do in DAT´s … Sory for my english, i am spanish. thanks again!

pass the chop in a table and use the data in this table as in the script of the image.

this is the way to send brutally via python the osc message.

n.b. DAT Execute (set as table value change)… so everytime that a number change send the osc to ue4.

hi people, I have also lost some time trying to udnerstand why it is not working in UE 4.26, sadly i have very limited knowledge of touchdesigner, I am trying to copy the table and DAT as shown in the first image above but am not sure what I need to connect, could you be so kind as to post whole screen of how it connects to OSC in ? Do i need to do this for every variable in touchdesigner ?

Hi, this will help you 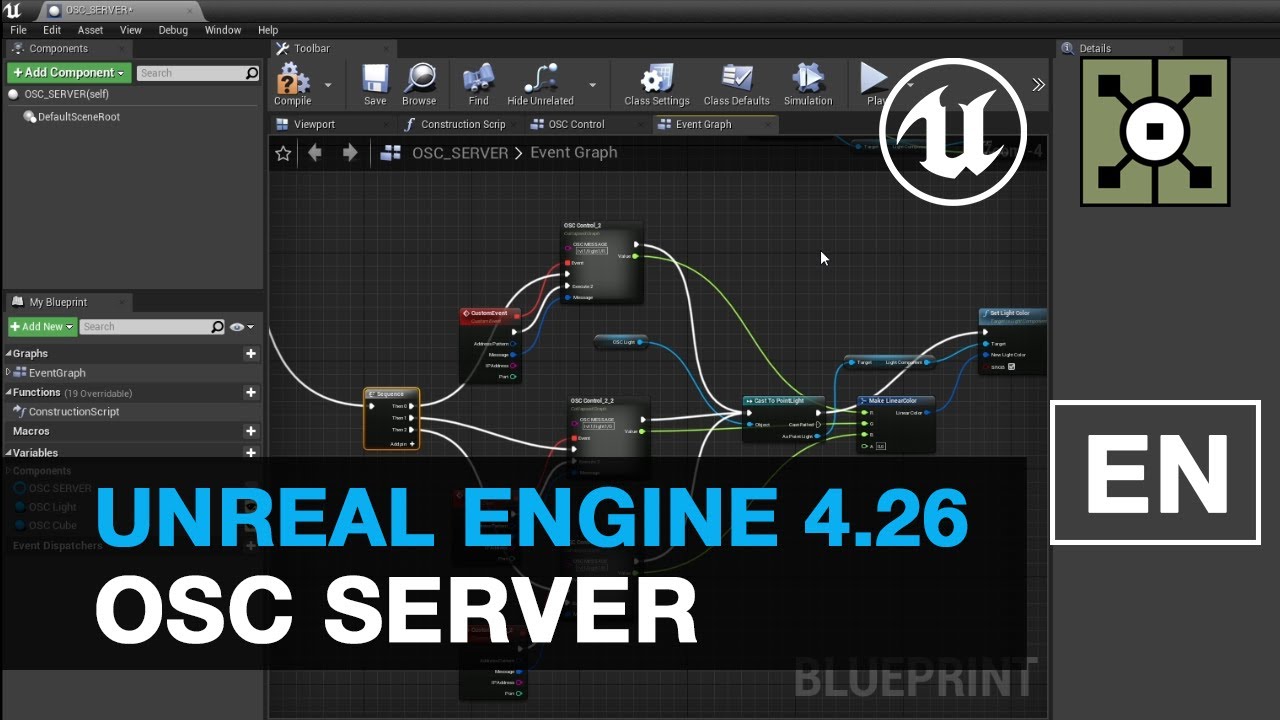