AVB (native) + Loopback (TD or any DAW to route channels) allow two Macs to use the same regular USB audio device (or aggregated devices) with just an ethernet cable between them, sending up to 64 I/O channels.

Also, Loopback (paid, in the picture below) is nice in case you want independent routing between computers. This is interesting as the routing can be completely independent of TD or DAW, so in case any of them fails, the second computer can still receive and send audio to the audio interface (redundancy setups).

I haven’t tried using video stream with NDI out at the same time in TD though, I’ve read it doesn’t play well with Dante.

This can be useful for live use such as redundancy backup, split audio and video/light processing (with audio reactivity), two people (with 2 DAW) performances, offload CPU, AV streaming and many other things I can’t think about now but I’m sure you’ll do.

Haven’t measured latency but it’s not noticeably increased using live instruments with monitoring as doing with the Mac host of the ES-9 (audio interface). Audio coming from the two computers into the same output are summed.

Pretty mind blown right now that this just cost a regular ethernet cable in hardware. Many people online said that a 400€ AVB switch was needed, but that’s not true! (if you want to integrate a Switch in between it MUST be AVB, but you can use any dongle to add extra ethernet ports for other uses).

The video at the bottom explains how to enable a Mac to be an AVB device (only opening AVB configuration and ticking the ‘enable’ box, you can disregard the matrix). You need to do that in only one of the Macs and it’ll appear as an ethernet audio interface in both Macs, up to 64 channels of I/O. Then on the ‘host’ Mac (Studio in this case), Loopback will show the AVB enabled Mac as audio interface, which you have to route to your needs. Here is the ES-9 audio interface sending all physical inputs (except ADAT) to the Mac Mini device, and another instance receives audio from the Mac Mini and routes it to the ES-9 physical outputs. 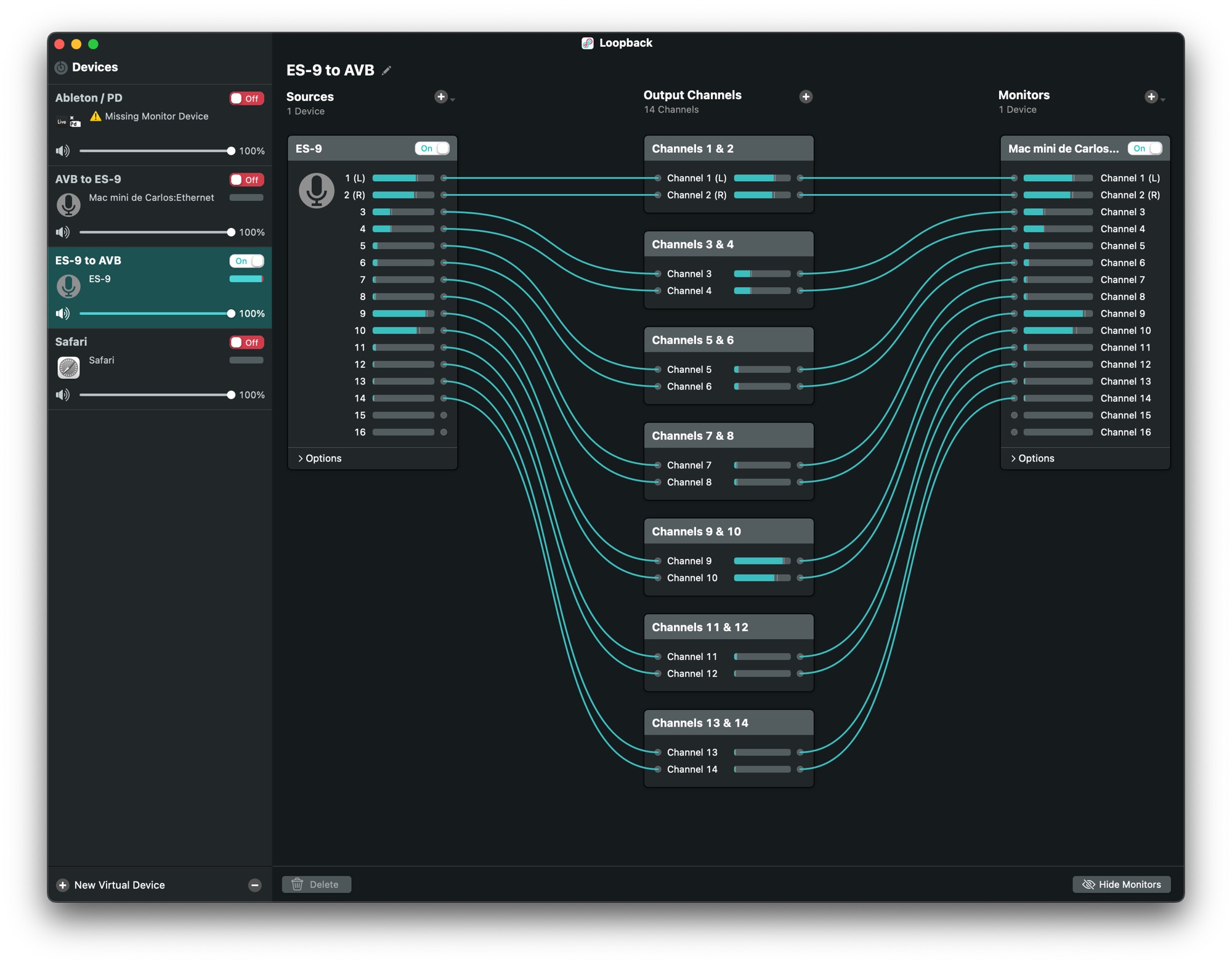 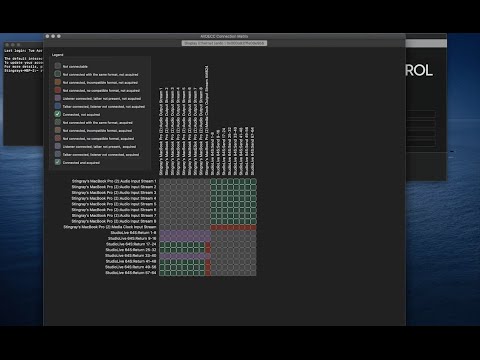 Loopback is a lovely little piece of software, I use it all the time. Thanks for this post!

Definitely. I remember back in the days using Soundflower, now Loopback seems like cheating with the great UI and features.

I hope this post come useful for someone eventually, it’s quite specific as it involves two Macs, but passing multi channel audio through ethernet natively and for free between them is too good to ignore, specially being AVB that prioritises audio data so there’re no drops.

Thanks for creating this article.

I am trying to connect 2 Macbooks (M1 Pro) via ethernet cable (AVB) but it doesn’t seem to be working.

I have Loopback installed I am trying to send audio that I am mixing live on Ableton from the first Mac to the 2nd one.

I tried using regular USB dongles but the AVB didn’t connect at all between the 2 laptops.

What dongles do you use to connect the 2 Macs in your set up?

Would you recommend that I buy the official Apple thunderbolt to ethernet dongles?

Unfortunately for you, my use case is between a Mini and a Studio, meaning both have built in Ethernet port and AVB works perfectly fine.

Looks like you’d need thunderbolt to ethernet Gigabit dongles, two of them.
Here’s more info on the subject: