I have a strange midi bug. My console is at irregular intervals fully spammed with unknown midi messages. 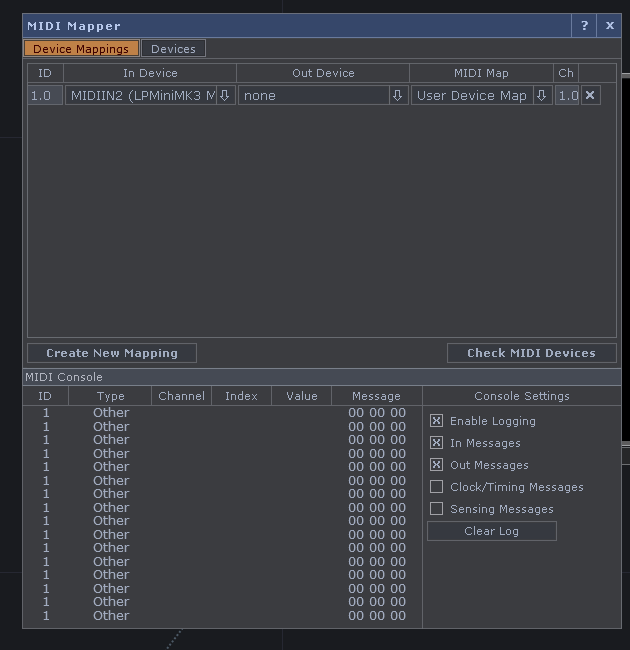 I don’t know where they come from, i tried it with different midi devices and different touchdesigner versions but nothing changes.

It’s not just the spam in my console, it also triggers midi inputs in my midi map.
Not to mention the lags, if 20 such messages come in at one stroke.

I would be happy to receive an answer

Omg, I’m having the same issue. I thought I notized that for the first time a week ago, and I would’ve sworn it wasnt present before. I haven’t updated Touch. But I DID do Windows Updates. Could that be the problem? I’ve tried this on 2 different Intel systems, and it occurs on both of them (one running an i7, one running an i5). I’m accusing Windows Updates here. 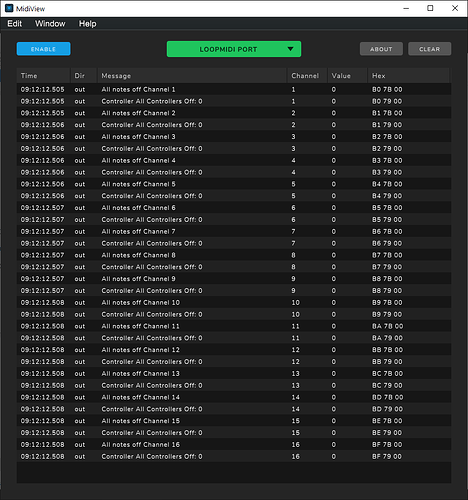 Okay, I have now done some further testing on this. System:

I couldn’t reproduce the problem by using MIDI-In only, but I’m using a MIDI-Loopback here, so it might also occur when setting up a MIDI-Controller like you did.

I am not alone with this bug

but there is no help from touchdesigner, that disappoints me very much.
I have this problem all the time, is very extreme. Now i have to connect the midi in to another pc with touchdesigner. From there i send the data to the main pc via a touch out. Yes i know that is completely complicated. But there is no other way.
Funnily enough, i have no problems on the second pc.
Both pc are on the newest Windows 10 Version

Hello,
I use extensively midi on Windows (intel i7 and ryzen 7) and macos and never had this problem.
I would look at two things:

I never had that problem, only on my new pc and that’s really weird.
why not use midi map? it always worked for me
i made two videos:

on one you can see midi in spam

that should not be.

TD is sending out CC121 on all channels according to Cubase’s MIDI-Monitor. I have checked every device in the network, these are definitely coming from TD. I now use a pretty weird workaround by sending MIDI to Bome MIDI Translator Pro and “swallowing” CC121 from the MIDI-Stream coming from TD, which solved the problem for me for now. (this also shows that it’s clearly coming from TD).

Also, my patch (which is a touchscreen-controller for Cubase) hasn’t changed since about a year, and the problem just appeared a few weeks ago. Same PC, same TD version, same patch. I only updated Windows.

Sorry the the delay @btf, we can’t get to all reports immediately.

@EJ-Lighting thanks for being so specific about your Windows version - strange that it only happened after any update. As a note, there is a newer update available 19042.868 released on 3/18.

Could either of you send over your projects that do this so we might more easily recreate a setup that reproduces the issue (we’ll have to get lucky it seams and test on a number of systems). If you don’t want to share your files publicly please send them to our support by email.

Hi @ben, sorry for the late reply, got a lot on my plate atm. Attached is a project file which produced the problem. midiproblem.toe (108.1 KB)

edit: I’ve just tried it with the latest Win update, and it’s still doing it

Thanks for the file, we will look into it.