Reducing the number of nodes, increasing for size, reducing parameters… make it easier.

We had a flag that turned off 70% of the lesser-used nodes, but it didn’t increase learnability that much, so we took it out. Nor do I think it would be enough for kids. There are so many techniques and UI to learn in TouchDesigner, so just restricting things I think is not enough. There are a lot of things we can do to increase learnability for everyone, like better, contextual Search, for example.

The first thing I’d ask, with regard to kids, is, How are kids any different than adults when it comes to learning something like TouchDesigner?

Hi Greg, I’ve been teaching Touchdesigner since 2008 in Design schools, both for graduate and post-graduate students. I remember the basic and advanced node options, but I’ve always used all the nodes in university.
I’m recently planning to bring TD in primary school, starting from a very interesting school based in Cagliari, as I was saying for kids between 6 and 10 yo.
I will be obviously using the actual TD Version.
The title of this post indicates a long-term wishlist, somehow like the voice control node creation.
Probably on the same subject, a short-term strategy could be to build a palette, with tools specially designed for kids.
Kids differ to adults mainly on their curiosity, meaning that they will be more likely to explore rather than adults, who are more looking for precise guidelines and solutions.
A useful option for this future palette could be to block users (kids users) in entering deep in the pre-assembled components (let’s say .tox, or containers, or bases) so that they don’t loose themselves in the advanced (understandable for them) complexity made of python strings and scripts.

Other design principles for the long-term aim of having TD kids version could be: facilitating readability. For example could be useful to select before each lesson which are the nodes that will appear in the TAB menu, so that the teacher could select for the lesson zero just a preliminary selection of nodes. Like only 5 comps, 10 tops, 5 chops and 5 sops (so to say…)
In this way the cells in the tab menu could appear with a bigger font size; next lesson the teacher could add nodes in the menu for the kids.

In order to properly help you in envisioning a future tool to introduce kids to the TD world I need some time and understanding of the subject by practicing with kids, and I also would like if anyone had experiences on this topic to share their opinions and suggestions.

Thanks for reading and replying

Kind regars, from the research center based in Cagliari.
Nima

Ps: we just had an awesome week of workshops about, tensor flow, machine learning and art, will update you soon on that too

Great idea. I would love this also - my daughter is only 1, but I can already see her creating something in TD in the future.

Great suggestion from Nima, kid’s pallate and reduced visible node set for the very young.
I’ve taught kids from 11-13 years. They want to be impressed…
At this age the entire node set is not intimidating.
I find they are quicker learners than adults in making connections chop->param etc. They have no problem with simple python scripting (if fact, they love it!)
Less retention than adults: running a weekly 2hour lesson meant they remembered very little - intensive worked better.
Finishing workshop with performance worked very well - we combined one performing interactive hoolahoop (serial in), the other controlling the interface, add live music/ midi instruments and you have an ideal team situation.

I think TD has enough construction sites that need to be addressed to keep up with the competition and there is node software for children already. Also I agree that kids wouldn’t need less node but they would have a hard time to deal with all the math involved before they even got close to that in school not to mention that not all children of the world grow up speaking English. The amount of work that would need to go into that project (on a serious level) would weaken the necessary development for the professional work.

Great Idea, in October this year i´m starting to teach using Touchdesigner for tiny installations together with two other artistst for a one week workshop in Ulm/Germany. The children will be 8 by 12 Years old. I would be happy to have a reduced tool for the kids and a maybe costfree version of Touch for using in Schools and creative teaching Environments for Kids.

I think a Kids palette item would be amazing. I teach Touch at a university, but am doing a traveling interactive event with workshops aimed at middle-school students in rural US this spring. I’ve been thinking of how best to integrate TouchDesigner into workshops and creating something like this is a fantastic idea.

I assume the Touch developers have lots on their plate and if they get to a kid UI, it won’t be for a while, but if you are up for brainstorming ideas together, perhaps we could work together to create a custom .tox aimed at a younger audience.

I know for sure I want to introduce ingesting OSC from cell phone sensors in a simple way, and this is probably the way to go.

I’m with Stefan on the “other programs aimed at kids” comment.

Have you guys used Scratch? https://scratch.mit.edu/

Hello, I made a program two years ago with children in parisian school (results here).
The goal was to explore, through workshops with dance and image, the relations between movement, light, programming and images projected on the bodies.
For that I had build an adhoc interface, partly on the screen (hiding the network in perform mode), partly with tangible interfaces (wacom, korg nanokontrol, kinect) to emphasys the relation between abstract objects on screen, physical interaction and projected light.
You can make a very powerful tool, focusing only on the concept you want to study: color, movement, speed etc. And you can adapt it precisely for the children capacities. 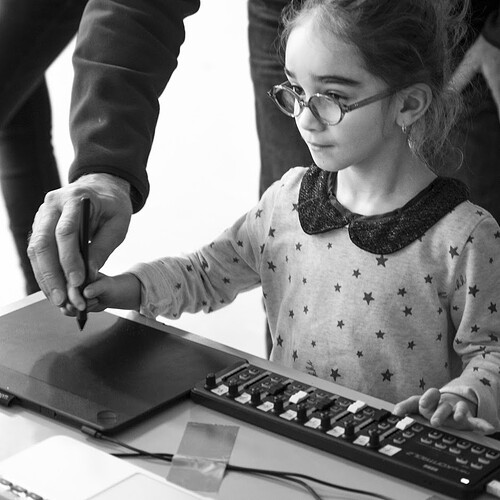 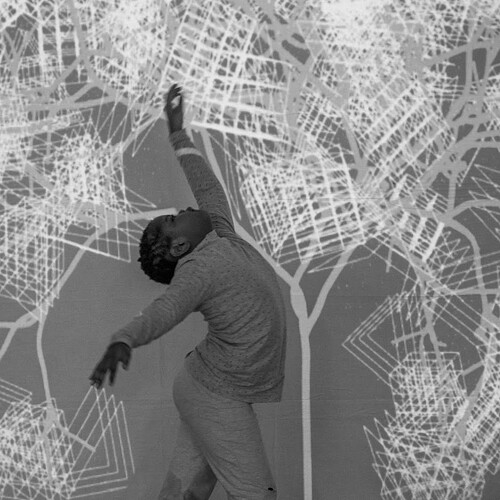