I am taking the intro course this weekend but am trying to simply play three videos with sound from a radio button on iPad with touchOSC. My custom touchOSC panel is working and talking ok to touch designer and at present in this little test program I can switch between the three videos with appropriate buttons on ipad ok. (no sound yet). The radio button component in touch OSC is momentary and does not stay on like a toggle so I have to hold down button 2 or 3 to keep it playing. I am using the index value of a switch varying from 0 to 2. Without gettiing into python scripting, is there an easy way to make these radio buttons act as toggles? Thanks for any hints. Most of the switching patches I have seen use python or NDI or other complex stuff… I attach my simple test patch.ThreeVideosTest.11.toe (5.3 KB)

Hi there, I think you can change it with the logic Chop Operator. But maybe you have already solved it.
? If so… Did you also get to manage to change it to “light up” state in TouchOSC. I’m running in some same problems with toggle switches… There is a radio button component in TouchOSC, and it holds the button state “on”. But I can’t manage to use it well in touchdesigner. because it is in one channel.

Hey SimonHan - I got it working more or less over a year ago with the attached ui tox with some logic as you guessed. The toggles will light up and the radio buttons momentarily while pressed. But I found it still got out of sync sometimes between ipad and pc. I was looking at this touch osc again this week so it is not solved but after testing with some friends concluded toggles of states are confusing to users often. But generally I love touchOSC and will use it again for future projects. Matthew Ragan has a far better 2 way control scheme at HQPro, but as that is a paid service not sure it is posted publicly yet. I might do some more testing but found even Matt’s binding method with widgets got out of sync once in a while with rapid ipad toggles, as users are apt to do. If you fully solve this problem, I am interested too… Good luck

Thanks for your reply!
Unfortunately I can’t download your attached file. Can you maybe upload it again?
I’ll try to build and solve an TouchOSC interface for my project in the next weeks.
(I’t not a “must have” for my project but a “nice to have”. so i’m not in a hurry.)
I 'll share my findings here.

The main problem is that OSC; per default relies on UDP. UDP just blurts out the packages without any regard of if they arrive or not. This is of course incredible fast and if we drop a package or not in a consitant linear environment is not to much of a problem.
The alternative is TCP which is super reliable but slow because we are sending quite alot of packages to make sure that one package arrived . 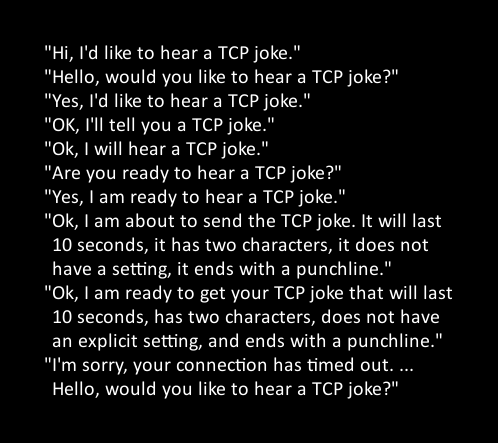 Luckily hexler introduced osc via TCP in their latest update to touchOSC which is nice, but this is where we get to a roadblock.
TouchDesigner does not support osc over TCP at the moment. You can of course try to do it yourself using the tcpipDAT and some python. That should not be to hard.
Or you take a look at @snaut RabbitControl-Implementation and use a browser instead

That’s a good one alphamoonbase! I will take a look at RabbitControl - appreciate the info!

ementation and use a browser instead

Thanks for your comment, I’ll check it out also!