Hello,
I think it might be really cool to consider following tox workflow for some future improvements.
I like the way Houdini is managing its hda’s and I thought it might also be a way to go for Touchdesigner.

In Touchdesigner are toxes referenced by their absolute or relative (relative to project file) paths. This causes some problems in more complex situations (moving project (or toxes) to another directory breaks relative paths to toxes - requiring re-save with correct path in external tox parameter, etc.)

On the other hand, Houdini builds Asset Library by scanning all paths provided in HOUDINI_PATH environment variable - making it much more flexible setup. One could easily setup and maintain per-project / per-version / per-user environments (just by using .bat launchers with specified paths to folders that should be scanned for hda’s). This makes it super easy to change paths to hda’s - just by editing the environment variable. Once scanned, all hda’s are available among nodes - you could just hit tab, write name of your tool and add it to project (which is quite nice in my opinion). I feel like this system would be great also for Touchdesigner. 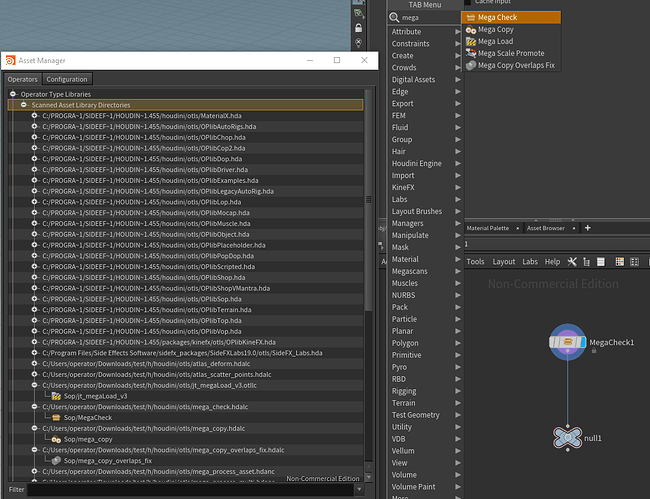 With this setup also tox versioning sounds much simpler as could have your tox releases versioned in separate folders and reference specific version through this environment variable.