Two projectors to get less shadows on the floor

Hi,
I’d like to have some directions on how to get one image projected on the floor from two projectors to minimize shadows of people on it.
Is stoner enough? 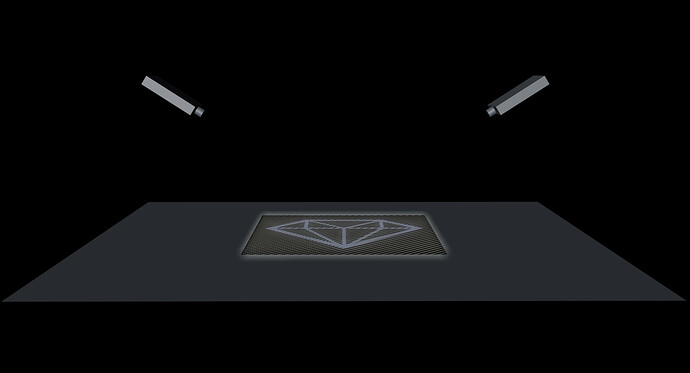 Ideally your projectors are shooting straight down rather than at an angle like you have in the image. If the projector is directly above the subject then their shadow will only be directly below them which is usually less noticeable than the long shadow that will be cast by having your projector at an angle.

Stoner would definitely be the tool of choice for correcting that distortion if your projectors need to live at that angle but you’re probably going to run into some other issues like resolution, focus, and brightness distribution. Brightness can be corrected for but resolution and focus are a different story. Better to just shoot straight down if you can.

There’s a really handy web-based tool called Mapping Matter that will help you visualize what this might look like.

Hello, I am not sure stoner have a right geometry concerning angle of projection. I would preferably use real 3D mapping technics, making a model of your floor with constant texture and placing camera with same positions and characteristics of the projectors. Fine tuning it projecting a pattern you can do a very fine job. I prefer now to use this technic for every non perpendicular projection. With some training its quicker than 2D mapping. If suitable you can use camSchnappr to calibrate the camera, using a volume (two perpendicular planes are ideal) to calibrate.

Hi matthewwachter,
you are right about shooting straight down rather than at an angle but unfortunately this is not an option in my project. Thank you for pointing me in the focus and brightness distribution problems that I didn’t think.

What do you mean with

“calibrate the camera using a volume (two perpendicular planes are ideal) to calibrate.”

Sorry for the blurred answer.
When I have this kind of situation, I use camShnappr to calibrate the cameras and the most easy to use volume is a square on the ground, made with tape and a standing vertical cardboard, as in this image. 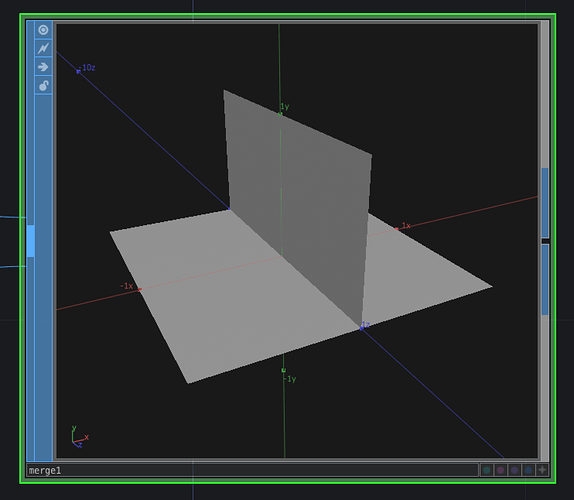 It works! Thank you! Your tox helped me a lot