Right know I’m working on an audiovisual performance which will combine the projections of a beamer and a laser. Technically I’m almost done, the only thing I’m somehow unable to solve is to influence the color and intensity of the laser projection.

I’m using a Helios Laser DAC and Laserworld DS-1000RGB 1W laser which is capable of analog modulation to accomplish all of this. As far as I understood the Helios DAC CHOP in TouchDesigner it should be possible to control color scale and intensity from there. However, these controls doesn’t have the intended impact on the physical projection. To make this more clear, I attached screenshots of the patch so that it’s possible to see what the laser should actually give out. 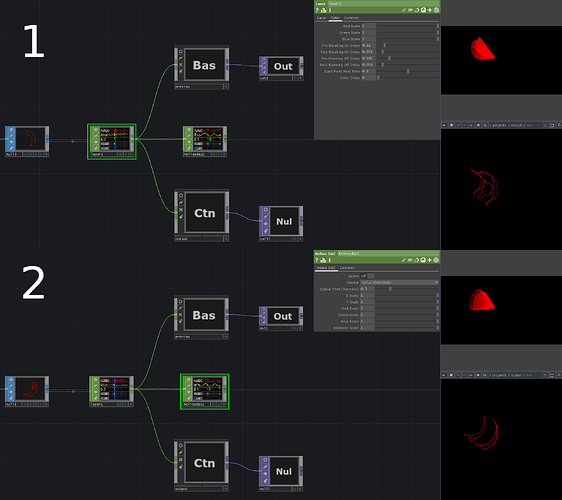 So in my example I’m applying color to the rotating banana by the aid of Point SOP which turns it all the way red. In the two screenshots you see that the color scales in the Laser CHOP and the Helios DAC CHOP are fully scaled to ‘1’ and the intensity in the Helios DAC CHOP is also all the way up to ‘1’. The actual output of the laser looks more like a magenta, in fact there’s a thicker blue line staying in the background and a thinner magenta line on top of that. If choose other colors like a plain green or blue the output only changes in slightly different blue nuances.

Shouldn’t the output be a pure red? Or am I missing something here? To further confirm that the issue isn’t caused by a faulty ILDA cable or the laser itself, I tested the adjustment of colors and intensity via DMX and Ethernet ─ all working fine.

Thanks and best regards
Nic

I just bought a Helios DAC a few month ago but I haven’t noticed this issue in TouchDesigner, I have yet to run more test as my laser projector is still under development, I could try in a few days with a working unit.

Have you tried to measure the output pins of the ILDA output of the Helios DAC with a multimeter?
If you get 5 Volts on the Red pin and 0V on green and blue then the error must come from your laser projector…

I have run some test with my HELIOS regarding the Intensity Scaling and this feature for sure is broken, here is my post about it, still waiting for a fix…

Hello TD community ! First of all thanks to everyone and the devs, first post around here

I’ve been playing around with the Helios DAC on Touchdesigner, using the matching CHOP, but I did meet some issues. Using a pinout board and my multimeter to test each pin output of the Helios DAC while I was playing with all the settings I’ve noticed that the Intensity setting seems to be broken and could be resolved. From this issue " Helios DAC Issues " the problem seems to have been di…

Thanks for your reply. Unfortunately I don’t have a multimeter at home, maybe I’ll look out to borrow one from a friend the next days. How could the error be caused by my laser if intensity and color scaling is working just fine over DMX and Ethernet? Are we talking about the pin assignment?

I was commenting on a YouTube video by Visualesque and his Helios DAC seems to work: 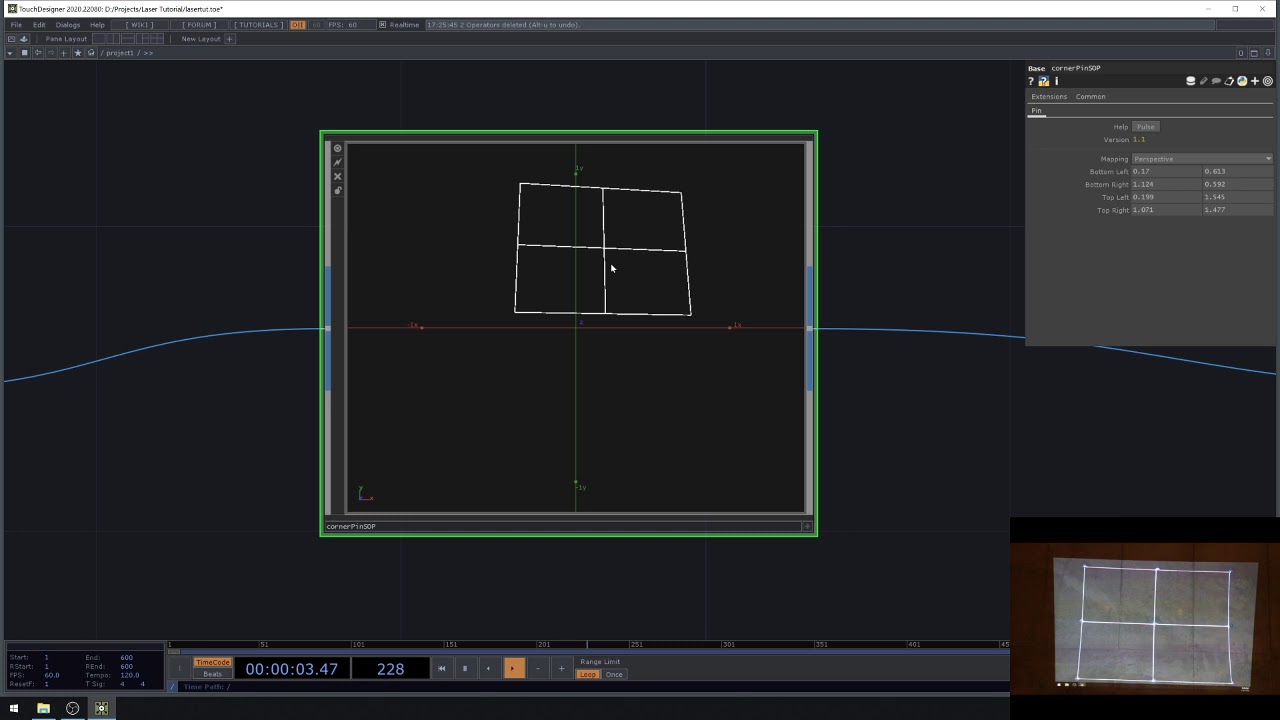