USD import to GPU with materials / Tangents and Normals 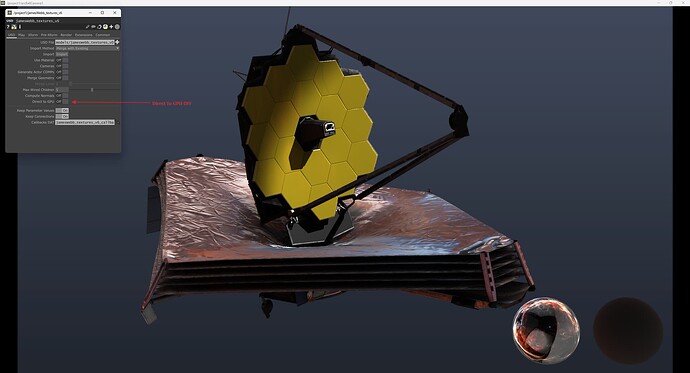 USD import is great overall, I have been testing it in VFX and real time production so happy it is supported in TouchDesigner, just need to work out a few kinks.

I’ll add a little more information about what I think is going on here. I think with SOPs and rendering and shading they need normals and tangents to be properly shaded with the PBR shader… when using the “direct to GPU option” on USD and ALSO on Alembic files it sometimes will NOT get the proper shading.

This prevents us from using the direct to GPU option in most cases because we have to toss down a sop node to calculate the Tangents and sometimes the Normals too.