Any idea how i would create this effect in TD? 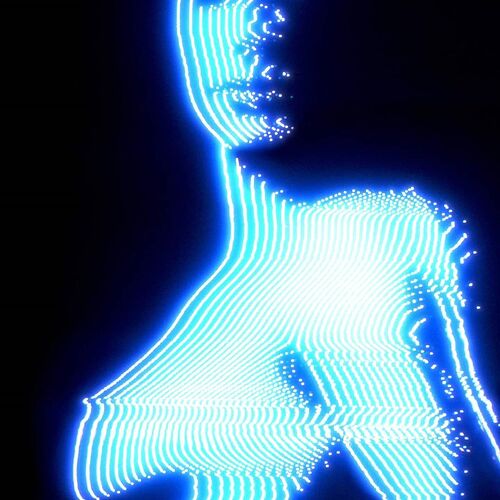 this sort of reminds me of the layery aesthetic of 3d printed stuff. if you rendered out some kind of depth map, or black and white lit image, and then stepped it (step page in level TOP) then ran an edge filter on that, it’d be a start. You could get something like this pretty quickly: 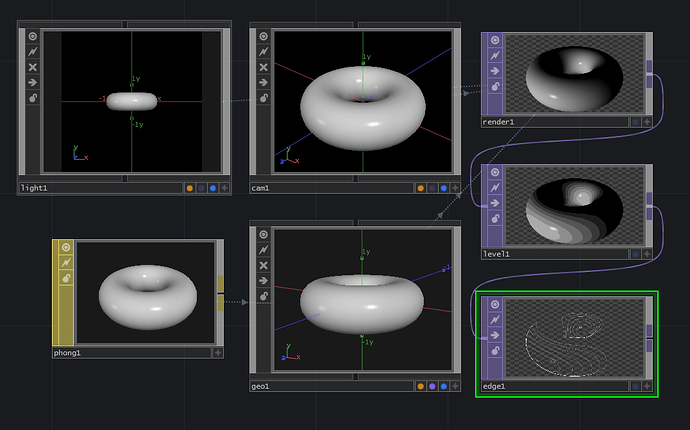 This only gets you like 80% there, because the effect above is not exactly that… It looks like a light source or scanner or laser is projecting on the figure from the left, you can kind of tell because of how the lines are formed, and where the stippling occurs is where the surface normal faces up, or down, or away from the left side of the image. 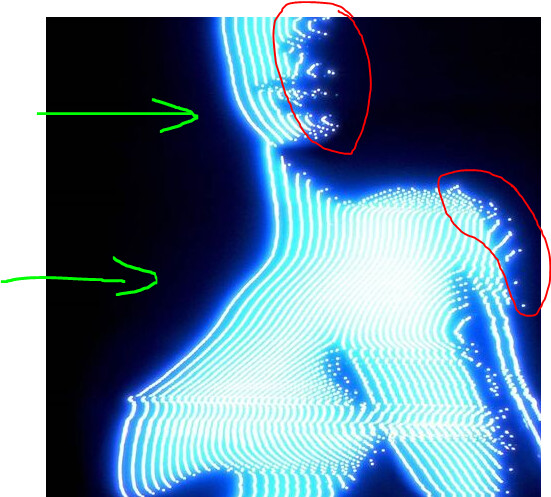 What you really want to do is render the geo and either using a camera or light comp render a depth map of the scene, from the perspective you want to project from then feed that into some instancing network of spheres, and bloom the heck out of it. 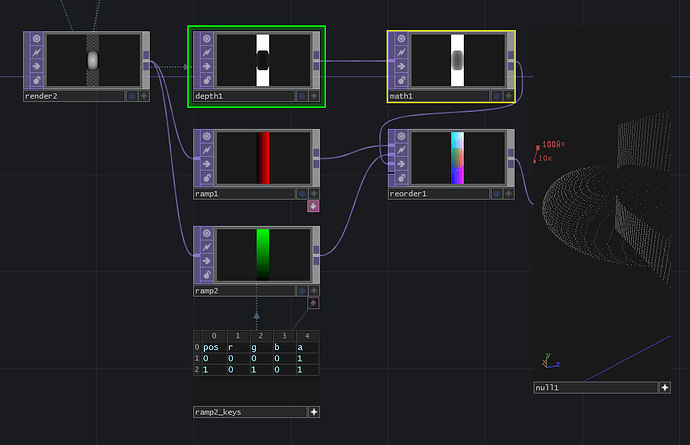 above I’m rendering the scene again from the lights perspective (using light as camera) then getting a depth map. There’s probably a more seamless way of putting it all together with a renderable view and projection direction sort of thing, but hopefully this helps.