hello to everyone
I would to ask the community for an advice a workstation to manage multi-projections. I need a workstation that is capable of handling up to 32 full hd video outputs, and that also has a good response in rendering times. Usually the contents are at 30 fps in video format (HAP, apple pro res or h264), but it could also possible to use it for 60 fps videos with generative content. I am seeing many different solutions, but I wanted to have your opinion too. I could also start buying a workstation with 16 outputs and then expand it to 32 in the future. I could also consider getting more machines with fewer outputs if that reduces the expense. I imagine that in order to have all these outputs it must use datapaths, which in any case raise the general price of the workstation a lot. So I would like to evaluate alternative solutions that allow me not to spend too much. I would like to avoid solutions like D3 disguise or watchout which are over budget for me.
Let me know what you think and if you have any links about the ideal workstation. Thank you all! Bye

I guess unfortunately Watchout or D3 would be the most stable solutions because you definitely need a media server structure instead of a workstation setup to properly handle so much data access.

In that case, as you just said, you should go maybe for a double GPU (at least two RTX3060 w4x outputs each) + 4 Datapaths (one for each GPU output) but you also need to rely on at least a couple of 1TB NVME to handle so much data streaming so the price would be anything less than 3-5k for the sole workstation depending on the brands and the moment you purchase the parts.

Another option could be to do some tests with the new MacStudio but I have really no clues about that except for the apple benchmarks.

Hope someone with more experience will give some better ideas,

The media servers just use off the shelf components as far as I know. You can build a PC as capable as those yourself for sure.

For that many outputs it certainly won’t be cheap. Since your outputs are HD, using DataPath X4s to split each UHD output into 4 HD outputs is definitely the way to go. Also to drive that level of pixels you’ll likely need a A6000 or A8000 GPU, but you’d have to test to see what your headroom is like.

One area of potential savings would be to substitute the AJA HA5-4K for the Datapaths.

These can be run in “Square Division (Quadrant)” mode, meaning you can pack 4x 1080p signals into a 2x2 grid. Outputs are 3G-SDI.

Disadvantages: division pattern is fixed (unlike Datapath), and while the outputs from a single HA5 are synchronized, it’s not possible to synchronize across multiple HA5’s.

What about this product?

The Image2K is designed to power multi-screen, video wall and LED installations.

No that won’t work, it’s an ultra low powered GPU that we don’t support

there is no specific need for Watchout or D3, TouchDesigner is perfectly capable of handling the amount of pixels and outputs, it’s just a matter of speccing the correct hardware.

First you will need to spec SSD drives depending on how many video layers you want to play simultaneously at what codec, what resolution, and at what framerate. From that calculation follows the exact bitrate of MB/sec read speed you’ll need to provide to TouchDesigner to enable stutter free playback.

Then the video card and machine setup depends on what you want to output. If it’s just a single layer of video file playback, or if you also want to render more layer(s) with for instance some realtime particle systems and 3D rendering. So then you can decide if you can just split each UHD output into 4 HD outputs using something like a Datapath FX4, or if you need more GPU power so you pull only 4 HD outputs from a single A6000 card, and if you need more CPU power you split over multiple machines.

Below is an example of a TouchDesigner setup we build which was sending 32 HD outputs, which was outputting 5 simultaneous layers of video and realtime 3d rendering at 50FPS. This was a cluster of 4 machines with two Nvidia Quadro cards with 4 outputs in each machine, so each machine had 8 HD outputs. Scroll to the bottom of the page to see photos of the sync test setup with 28 monitors: 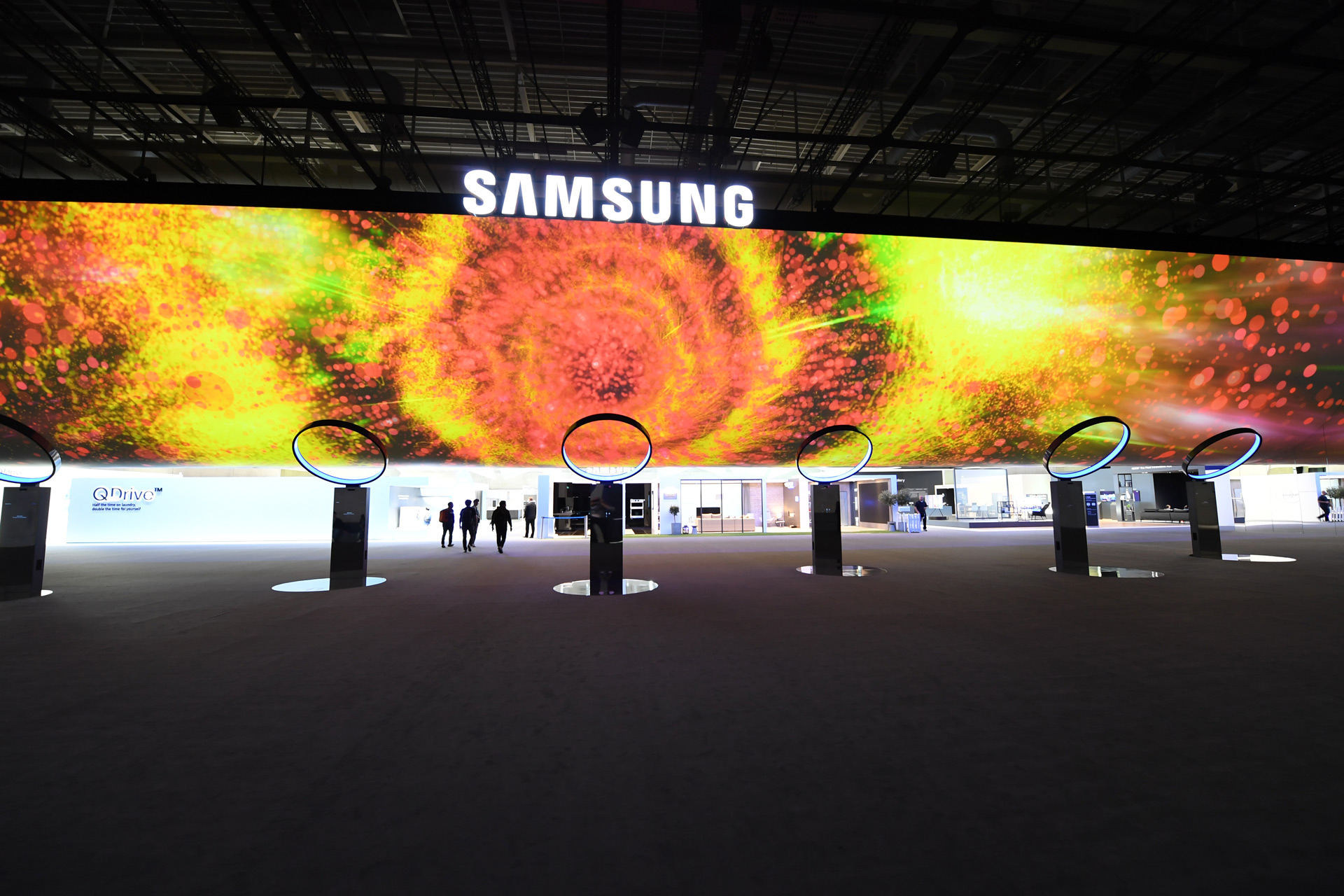 And if you just want to hire someone to spec/build your hardware/TouchDesigner setup to guarantee stutter free playback for your client, send me a message!